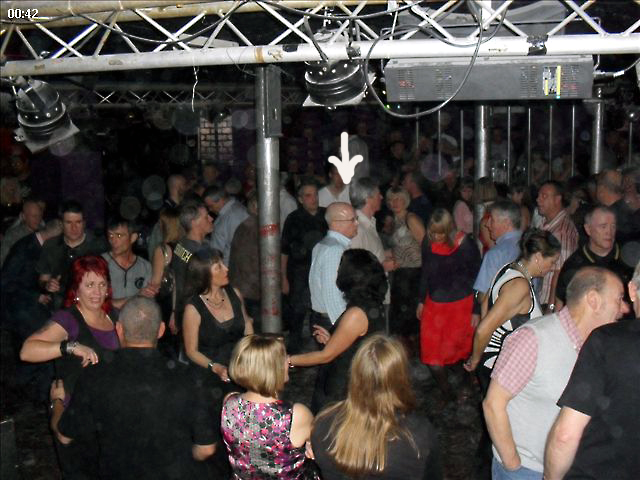 May 2013: Went to a pop-up exhibition in Piccadilly, Manchester

The show featured art works Ian by Rayer-Smith and Lorna Fellas. They are both recently graduated painters based in the North West.

The space used was an unoccupied piece of office space, very close to Manchester's Piccadilly Station and to the rear of the much-lamented Twisted Wheel Club (the original Northern Soul club, dating back to the early sixties, which is being demolished at the time of writing).

Half-finished and with pipes and ducts showing, the exhibition space had overtones of a New York loft apartment or a SoHo gallery space and made a fitting backcloth for a show of edgy contemporary painting.

Fellas’ work is a form of mark-making associated with mapping: a journey or sight-line through space is recorded by a series of short, jabbed,largely monochrome marks which leave an enigmatic, partially recognisable sense of space.

Rayer-Smith’s work comprises large canvases with mysterious, painterly dream-(or nightmare-)like scenes played out upon them, with overtones of Francis Bacon, 1920s German Expressionism and 1980s figuratives, such as Chris Cooke and Jock McFaddyen.
Next
Previous