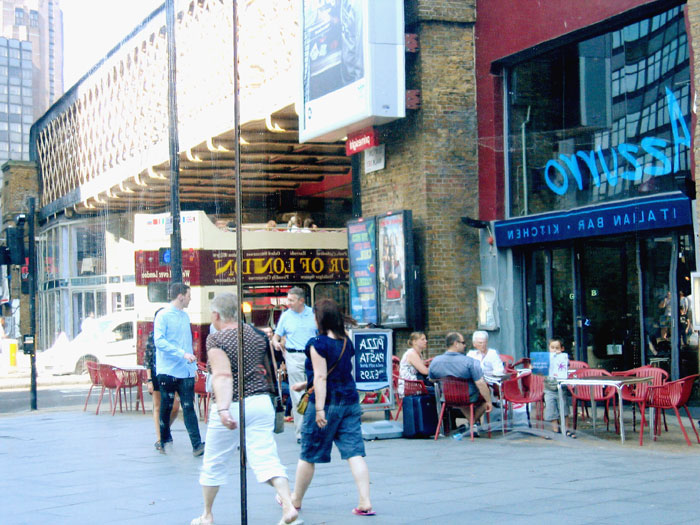 Day Five of the artwork-a-day challenge

Fifth of the Five of My One a Day
My contribution to the Art Works’ challenge to post an artwork a day for five days draws to a close with this offering. I wonder how it looks to another person. I suspect it is a kind of double-take shot. It also looks pretty manky from a technical photographic perspective, which probably makes it a good one to show on my art website, not my photography one, where the well-crafted photograph would be the expected norm.

It is shot into a shiny chromed or stainless steel surface, which produces subtle distortions; effects feint enough in the first instance for it to look like it is perhaps taken on a cheap disposable film camera or low-grade phone-cam. It is in fact taken on a half-decent digital camera; the crudeness of the finish is part of the real vista, as seen in that reflective surface. I expect the seam, one-third of the way in from the left, would be the giveaway, turning apparent three-dimensional space back into a surface (well, that, and the reversed text).

Shot in Waterloo in 2011, it is one of many photographs I have taken which are to do with my interest in space: its per/mutations, how we use it, how it reflects (pardon the pun) our values and how we live. One particular interest within this is the increasing use of simulacra in public space: the ways in which we like to re-create what is already there, with reproductions of various sorts.
Next
Previous