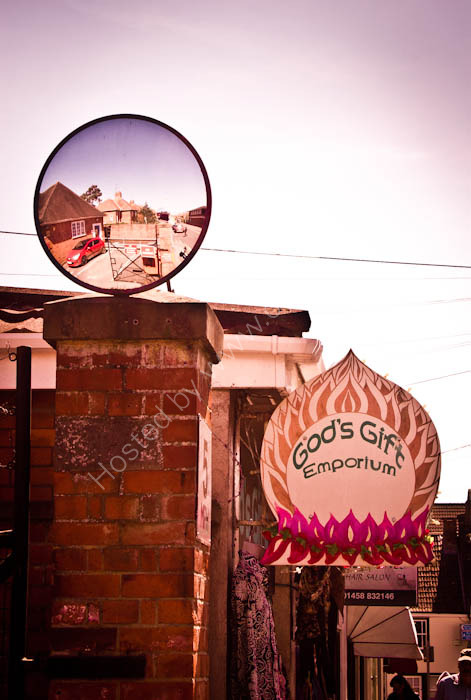 Taking a trip down South
'Paid a visit recently to Glastonbury. It is a place of alternative culture, one where ‘new age’ beliefs proliferate. Shops selling hippy clothes, dream catchers and stones with magical healing qualities proliferate. The sweet smell of joss sticks is everywhere.

We walked past a busker who wore a thick, heavily stitched leather hat, loosely in the cowboy style. He was strumming a guitar and singing about a creature who/which was ‘part fish, part dolphin, part sperm whale’. It may have been part other things too, but that is as much as we heard in the time we were within earshot. Similarly, we did not get to find out what the creature did in the story as it developed, but maybe being bred from three disparate species (at least) was story enough.

We saw a woman climbing into a car with a dream catcher hung in the windscreen, presumably to head-off any stray dreams in the event that she dozed off at the wheel. We also saw a man who had a T-shirt with a dream-catcher print on the front and wondered if that would work as well as a proper 3D dream catcher or if it was more tokenistic.

There are those better placed to explain how new age beliefs cohere. To an outsider they look like a place in which fantasies unsupportable in a scientific age are, in a kind of double-think, believed to be reality. But then, given the routine mystification in which we live, which cloaks the logic and real power structures which govern our lives and presents us with another kind of alternative reality through image-making, language games and consumerism, perhaps living through new age myths is no less valid an experience as well as a happier one.
Next
Previous