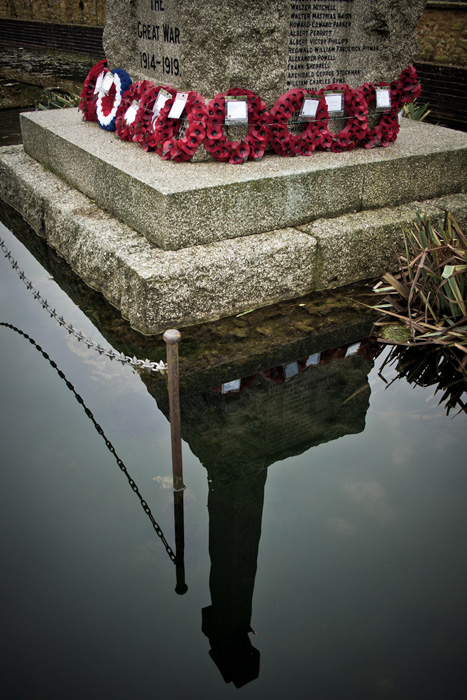 What is the meaning of the poppy and remembrance now?
The poppy seems to have been more the object of controversy this year than at any time I can remember.

The issues seem to turn on questions of whether the poppy has been hijacked to create support for modern unpopular wars and politicians, and to symbolise patriotism, which is then twisted into support for organisations with right-wing and extreme right-wing leanings. It is not for nothing that they say that ‘patriotism is the last refuge of the scoundrel’.

Ultimately, the poppy, being a symbol, is open to personal and other interpretations.

Personally, I cannot separate the poppy from its origins as a symbol: the fields of Flanders and the rest of The First World War. Whereas even worse was to come 20 years later, there is something that remains, for me, profoundly moving about that conflict. This is emotive and ill-defined, but something to do with the tragic futility of it all; the dehumanising mess; the crushing, merciless industrial slaughter; the mismatch between bodies and shells and tanks and machine-gun rounds fired at a rate of 600 a minute; the thought of a generation of cheerful teenagers marching off to what they’d been told would be glory, only to discover that the patriotic zeal that was invoked to send them on their way was a means of using their juvenile passion to commit them to an agonising death, before most were even old enough to vote for the leaders who so deluded them; the merciless execution, by their own people, of those who followed that most natural and sensible of instincts – to get away from all that madness; and the almost psychopathic persistence of senior officers with strategies that serially failed and had such massive human cost.

In short, then, when I wear a poppy, it has nothing to do with patriotism or glory; it is more or less the opposite: a symbol of sadness, of sympathy for and solidarity with those who lost their lives, were cruelly disfigured or mentally wrecked. Far from celebrating war or anything else, it is a reminder of the miseries and follies of the past and of what it is we need to safeguard against now and in the future. Like a ribbon worn to say that we need to eradicate this or that disease, I see the poppy as reminder of what we need to eliminate from human life and a remembrance of those who paid such a price to tell us that. And I can't help feeling that the dead, if they could speak, would agree with that.