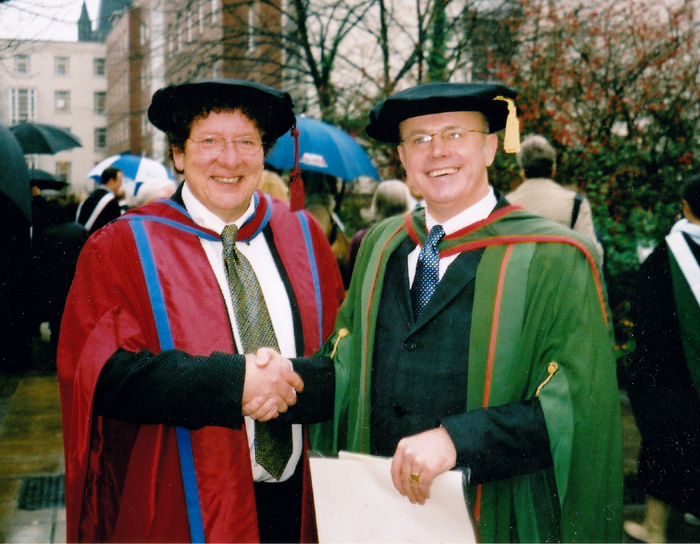 David has also written on other artists:
Cotman in the North
Thomas Girtin: Genius of the North

David’s retirement from teaching does not equate to a retirement overall; far from it: from 2015, he will be undertaking a 3-year Turner cataloguing project at Leeds Art Gallery.

The above, ageing photograph is David and yours truly at Leeds University on my graduation, back in 2002.
Next
Previous