For those who didn’t get to see the show in person, these are the two pieces I put into the exhibition ‘Line and Mass’ in Meyrick Hall, Bournemouth, last month. Thanks to Sarah at Six Projects of Bournemouth for these shots of my photos in situ and for all her help in handling and installing the work.

These were two experimental photographs, done without a camera, blown-up large (roughly A0), for impact. They already existed well before the show. I had made them without thinking about where they might be exhibited.

They reminded me of those images one sometimes sees of ancient human remains found in peat bogs or glaciers; the bodies of long dead people, crushed and distorted by tons of ice or earth, but still recognisable as human beings because the medium they were left in has preserved them. When the opportunity to submit something for ‘Line and Mass’ arose, they seemed the obvious choice, hinting, as they do, at all that crushing weight, whilst being printed on something as flimsy and ephemeral as paper. 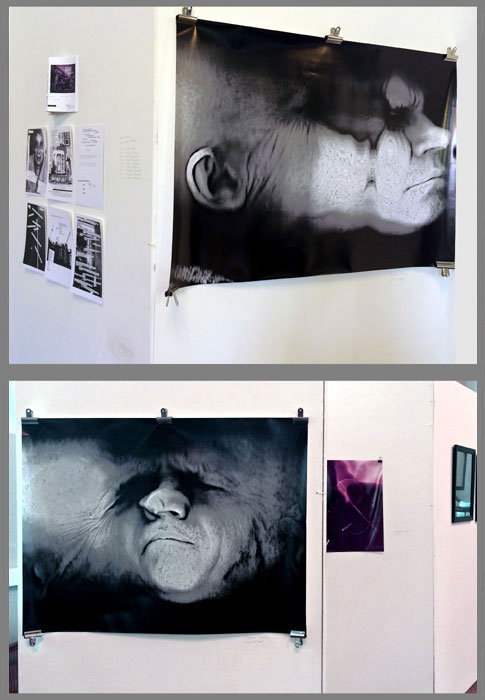