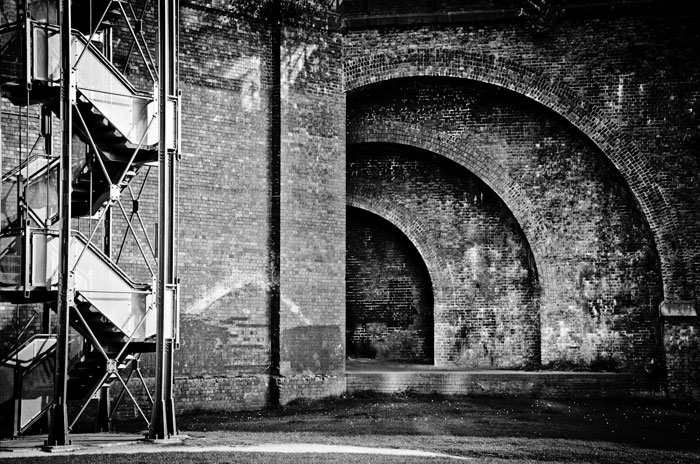 Day 3 of an artwork per day

Arch Rivals...
So, it is day three of the Art Works challenge.

Again, I am proffering a photograph, rather than a painting.

Residents of Manchester may well recognise this. On one level it is pretty anonymous – just some industrial arches – but once you look it becomes a pretty impressive piece of sculpture; at least, that’s the way I see it.

This is in Castlefield, one of the oldest parts of the city; a defensible space, guarded on three sides by a loop in the River Medlock, where the Romans set up camp some two millennia ago. It was later crisscrossed by canals, roads and railway arches, as the different priorities of peoples of different periods made their mark. Now Castlefield is mostly a leisure facility; a place of bars, restaurants and periodic public events, such as concerts and firework displays.

Yesterday's nominee artist was Southampton-based photographer Rob Andrlik. Who shall it be today??
Next
Previous