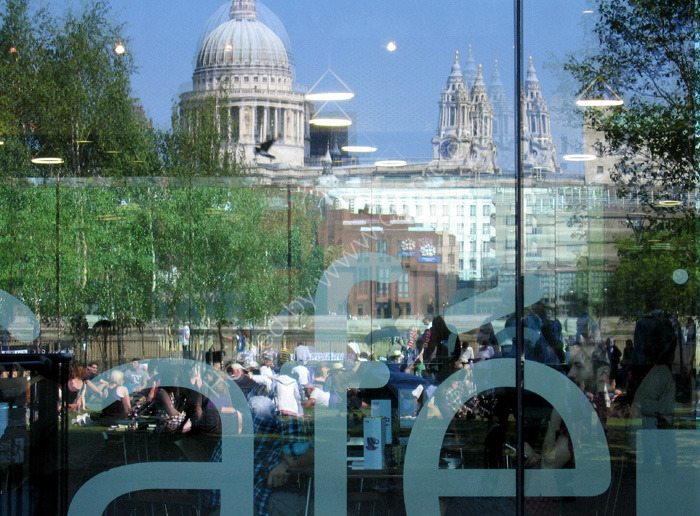 Artists thinking about Art - in Manchester

The show was called ‘Wunder Camera’. A play on the term ‘Wunder Kammer’ – literally a ‘wonder room’ or, more helpfully, a ‘cabinet of curiosities’ – it combines those overlapping meanings: it is an exhibition of art (in the form of photography) concerned with display in museums and sometimes specific ‘art’ museums - the photograph becomes the 'cabinet' in which cabinets of curiosities become curiosities themselves.

Art is, of course, a cultural phenomenon, but then so are the museums in which we view it and so is the activity of viewing it. The artists in Wunder Camera explore the ethics, aesthetics, conventions and, sometimes, the essential weirdness of exhibitions; much of this being effected by the re-presenting, in a secondary format, of what is routinely accepted as normal when part of a museum exposition.

Some are contemporary photographs; some are quite old – from the early twentieth century. Some are clearly intended as ‘art’ – read as a visual critical evaluation – others are what look like documentary records of something going on. Thus, the work varies from rather sad looking 1920s and 30s photographs of dead animals, brought back from Africa (probably), being dismantled and reassembled by a taxidermist as exhibits; to images by Vid Ingelevics, which juxtapose the museum and its hard-edged objects – like, say, a Donald Judd minimalist piece – with the only soft organic form in view: that stalwart feature of all museums, an invigilator slumped in a chair. Elsewhere, we see visual humour by Matt Stuart, in the form of unintentional interactions between viewers and exhibits: a male head is photographed so that it lines up with Warhol's screenprint of Jackie Kennedy’s head (or is it Liz Taylor's?) and ‘wears’ her hair; and real, flesh-and-blood lovers snog in front of Rodin’s ossified ones. Some photographs are large- and medium-format shots that capture what is there and isolate and defamiliarise it, creating a Naked Lunch moment; that one where, as Burroughs points out, one has to recognise just what that thing is on the end of the fork. Other shots place viewers’ reflected faces amongst the exhibits they are viewing. Overall, the effect is to change the narrative and the frame of reference. Wunder Camera invites us to see what is normally taken for granted: productive processes are laid bare and our collusion is made visible. We flip back and forth, between subject and object.

I have done some work on our relationships with museums and methods of display, though not necessarily from the same perspective as these artists. The image I attach here is a simple shot of diners, inside and outside of the café at Tate Modern, but it might also be a shot of changing values: a devotional cathedral of the past becomes another consumable image in the window of a secular cathedral of the present.

Wunder Camera runs until 9 May. Contact the gallery for further info.