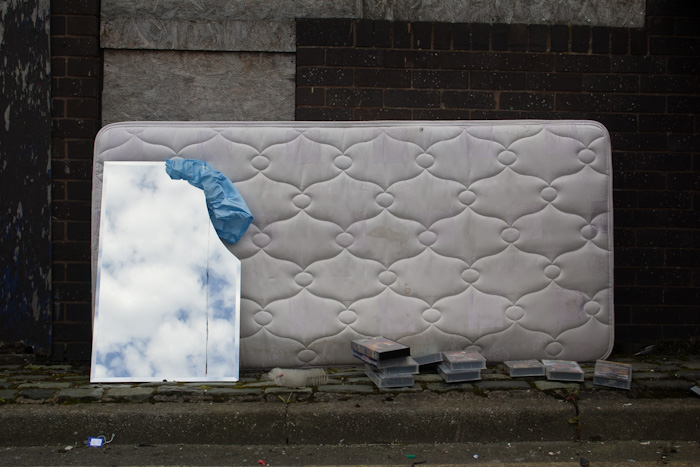 One of five of my one a day!
I have been invited by Melody Austin, Director of the Art Works in Poole, Dorset, to post an artwork per day for five days and to nominate another artist per day whilst doing so.

I have been thinking about which art works to show. I have two websites; this one for my paintings (mostly) and another for my commercial photography (see www.stephenrileyphoto.co.uk). What has always fallen into a black hole, therefore, is that part of my photography which is non-commercial; photography that I do because I want to; photography that might constitute ‘fine art’.

I am not sure how to describe this part of my photography. It varies. It is often things I see walking around towns and cities. This might draw us towards the notion of ‘Street Photography’, of the sort that my friend Paul Russell does, but, whereas there may be the odd overlap of interests, it would be self-deluding in the extreme to suggest that my work gets anywhere near Paul’s outstanding output.

I should also be clear what I don't mean by 'fine art'. I have heard some say, quite insistently, that 'fine art' is defined as carefully crafted things of beauty, like 18th century paintings. I refer to the other definition; loosely: output from an artist's imagination, done without regard for taste or profit, just because he or she wants to.

The two characters who turned me on to photography in the first place were William Eggleston and Richard Wentworth, whose work I see as having something in common, but whose approaches are radically different. What I see them as having in common is that they both seem to aim for what most people would see as ‘nothing much’ or not see at all. However, Eggleston makes amazing photographs out of the not much he sees, whereas Wentworth does little more than record things people have done in the street, with little regard for ‘photography’ as an art; the creativity belongs to whoever did the thing Wentworth records.

So I think I end up somewhere between those ideas. I like the way the ‘street’ is a sounding-board for people’s angst, love, rage, commentary and so on, but I also like it for the way it is so crammed with semiotic messages that they overlap and cease to make sense. If the visual messages of the street were audible, they would be deafening.
Next
Previous