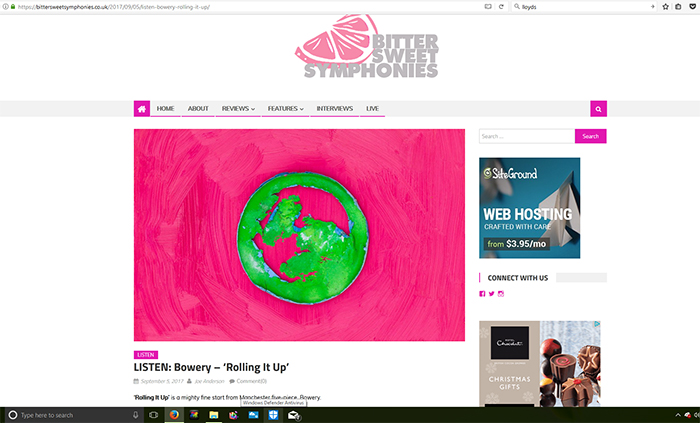 One of my paintings used by Bowery

Optical meets Aural
I am very happy to report that the band 'Bowery' has adopted one of my paintings as the image to represent itself and its music.

The Mancunian five-piece has been described as 'understated Humbug-era Arctic Monkeys' with 'a bit of Hendrix', by the online music mag Bitter Sweet Symphonies.

As a displaced Mancunian myself, I am very pleased to be associated, in my own small way, with another fine band from a city that has produced so many great acts in the past.

The painting, in quite bright colours, for me - a blush pink and lurid green - is consistent with my often-revisited themes of entropy and corrosion, and one could see why a band naming itself after a once notoriously run-down part of New York might be interested in it.
Next
Previous