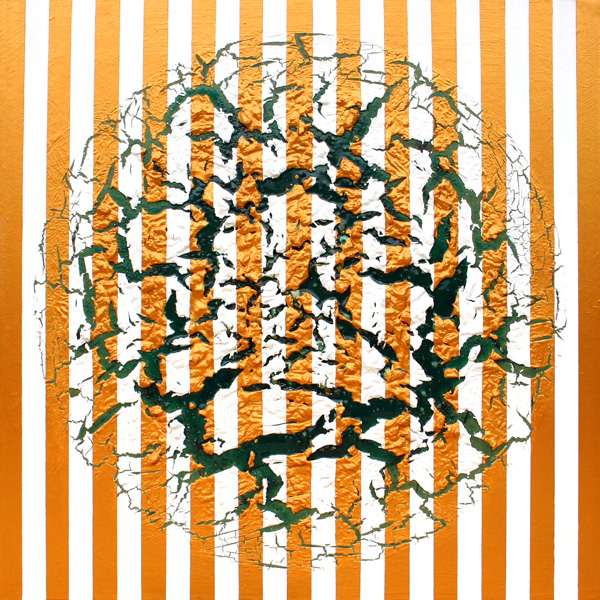 'Belvedere'. Acrylic and mixed media on board. Stephen Riley

Environmental
I’ll be taking part in this year’s Bruton Art Factory Open Summer Show, which is called ‘Environmental’. Clearly it is a broad concept which will attract many sorts of artist, all interpreting the theme on their own terms.

My work is informed by the environment, particularly spaces shaped by human beings; or perhaps the interaction between natural spaces and materials and what mankind makes of them, and sometimes the process of nature taking back to itself things mankind has made. As a consequence, the notion of ‘entropy’ is a common thread in what I do, and many works express a sense of unravelling, breaking down and corrosion. As part of this, I am also interested in the tension between uncontrollable natural disorder and mankind’s need to contain, control and classify. But then, various other forces are at work in my paintings and they are not necessarily literal representations of anything; rather they are a synthesis of ideas that have emerged as the work has gone along and suggested its own paths.

Environmental opens 5pm this Friday 8 July 2016 and runs until the end of July. See Bruton Art Factory’s website for more details.
Next
Previous